Why we don’t like mouthwash: Our Armadale dentist reveals all!

Why we don’t like mouthwash: an Armadale dentist reveals all!

Home>Dental treatment, Oral health>Why we don’t like mouthwash: an Armadale dentist reveals all!
Previous Next

Why we don’t like mouthwash: an Armadale dentist reveals all!

We’ve all seen the ads – swig some mouthwash for 30 seconds and your teeth will be whiter, your gums healthier, and your mouth free of bacteria.

You might be surprised to find out that mouthwash actually comes with several harmful risks if you include it as part of your dental hygiene routine.

How does antibacterial mouthwash work?

Like the name suggests, antibacterial mouthwash is designed to kill bacteria.

Through a process known as protein denaturation, alcohol breaks down the protective membrane that surrounds bacteria.

Without the membrane, the bacteria are exposed. In particular, the core components that make it up cease to function, causing bacteria to die away.

Not only does alcohol kill bacteria, but in many cases it’s a power deodorant too.

With these features, it’s no wonder alcohol pops up not just in mouthwash, but in disinfectants and hand sanitisers everywhere!

But why is that a problem?

Since alcohol is such a potent bacteria-killer, it should be an essential part of your dental hygiene routine right?

Unfortunately, this article isn’t titled “why we love mouthwash” – needless to say, using mouthwash can also cause just as many problems as it fixes…

Mouthwash is an equal opportunity bacteria killer. It doesn’t matter what type of bacteria it is, mouthwash will kill it.

The problem is that not every type of bacteria is bad for you – out of the 700 different types of bacteria you’ll find in the human mouth, the vast majority are benign. In fact, some of that bacteria is actually good for you!

Among other things, bacteria is responsible for:

By including mouthwash in your dental hygiene routine, you’re not just killing the bad bacteria – you’re also getting rid of the good stuff too.

Needless to say, this isn’t an ideal solution!

The dangerous consequences of dry mouth…

…and how mouthwash makes things worse

When it comes to dental health, saliva plays an important role, helping out with:

Needless to say, having a dry mouth can lead to several problems!

And unfortunately, frequent use of mouthwash can make this problem even worse.

Alcohol-based mouthwashes (read: the vast majority of them) have a habit of drying out the tissue in your mouth.

As alcohol evaporates, it takes saliva and other moisture with it, worsening cases of dry mouth.

Not to mention, mouthwash stings, meaning it can aggravate ulcers and sores.

How mouthwash can make stains even worse

Another inevitable consequence of using too much mouthwash? Tooth stains.

Now, let’s be perfectly clear: we aren’t suggesting that mouthwash leaves your teeth with an unnatural tinge.

However, it can make it easier to acquire said tinge!

Since alcoholic mouthwash is so strong, it can often end up wearing down the protective shield that protect your teeth and gums. Mouthwash cleans away saliva and mucous, leaving your teeth exposed to staining from coffee, tea and wine, among other things.

Not only that, but it opens you up to attack from bad bacteria and plaque.

And then you start using more mouthwash to remedy the problem and next thing you know, you’re trapped in a vicious cycle! 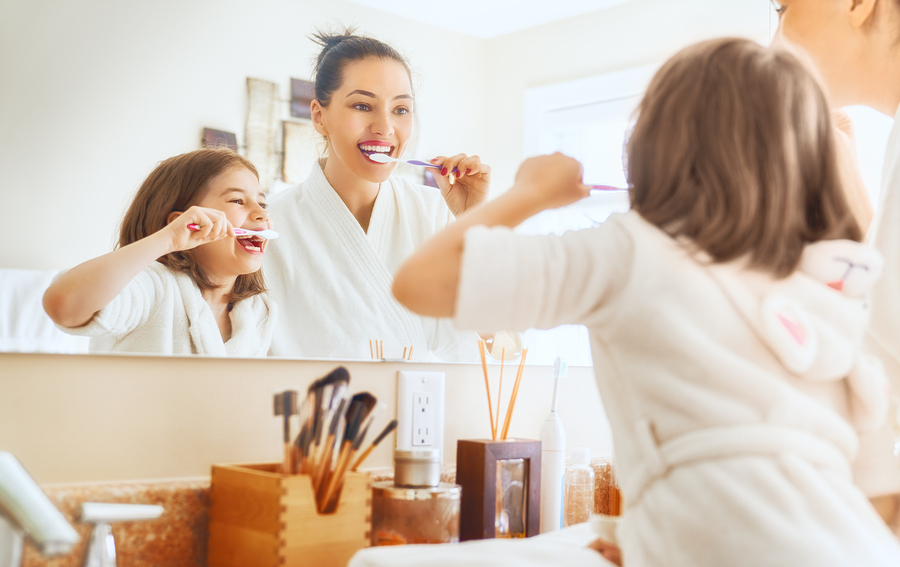 So how, then, should I keep my mouth clean?

It may sound like that’s our answer for everything. The reason for that is because it may as well be!

The vast majority of dental problems can be fixed with effective brushing. From tooth decay, to gum disease, to bad breath, brushing and flossing are the best, healthiest fix.

In addition to a helping you develop a better dental hygiene routine, an Armadale dentist can also help by…

Talking to you about probiotics

We briefly touched on probiotics above, and their role in helping you digest food. However, that isn’t the only thing probiotics do!

According to some research, probiotics may also be able to assist with:

Different probiotics have different effects. As part of our duty to build you a better dental health routine, our Armadale dentists can also provide advice on probiotics, and whether particular probiotics may be able to assist with your unique dental requirements.

Many of the problems inherent with heavy mouthwash usage come from its alcohol content.

Luckily, there are several types of mouthwash out there that contain no alcohol whatsoever.

Your Armadale dentist can point you in the right direction, helping you find alcohol-free mouthwashes that are more suited to your oral wellbeing.

Stuck in a rut? Call an Armadale dentist

We dentists recommend making an appointment at least once a year, even if your teeth are perfectly healthy.

As you now know, even little things like mouthwash usage can potentially affect your oral health.

You mightn’t know these things. But your dentist sure does!

Our Armadale dentists know their stuff – during your consultation, we’ll educate and inform, pointing out potential dental problems and giving you the tools needed to overcome them.